Pastors LaBryant and Phineka Friend are the Lead Pastors of Belong Church ATL. Throughout the years, they have both served in various ministry capacities individually and collectively. It is their foremost desire to express the love of Christ in all of their endeavors and to see people thrive in their predestined potential. They are the proud parents of 4 lovely daughters and have shared in marital bliss since 2008. 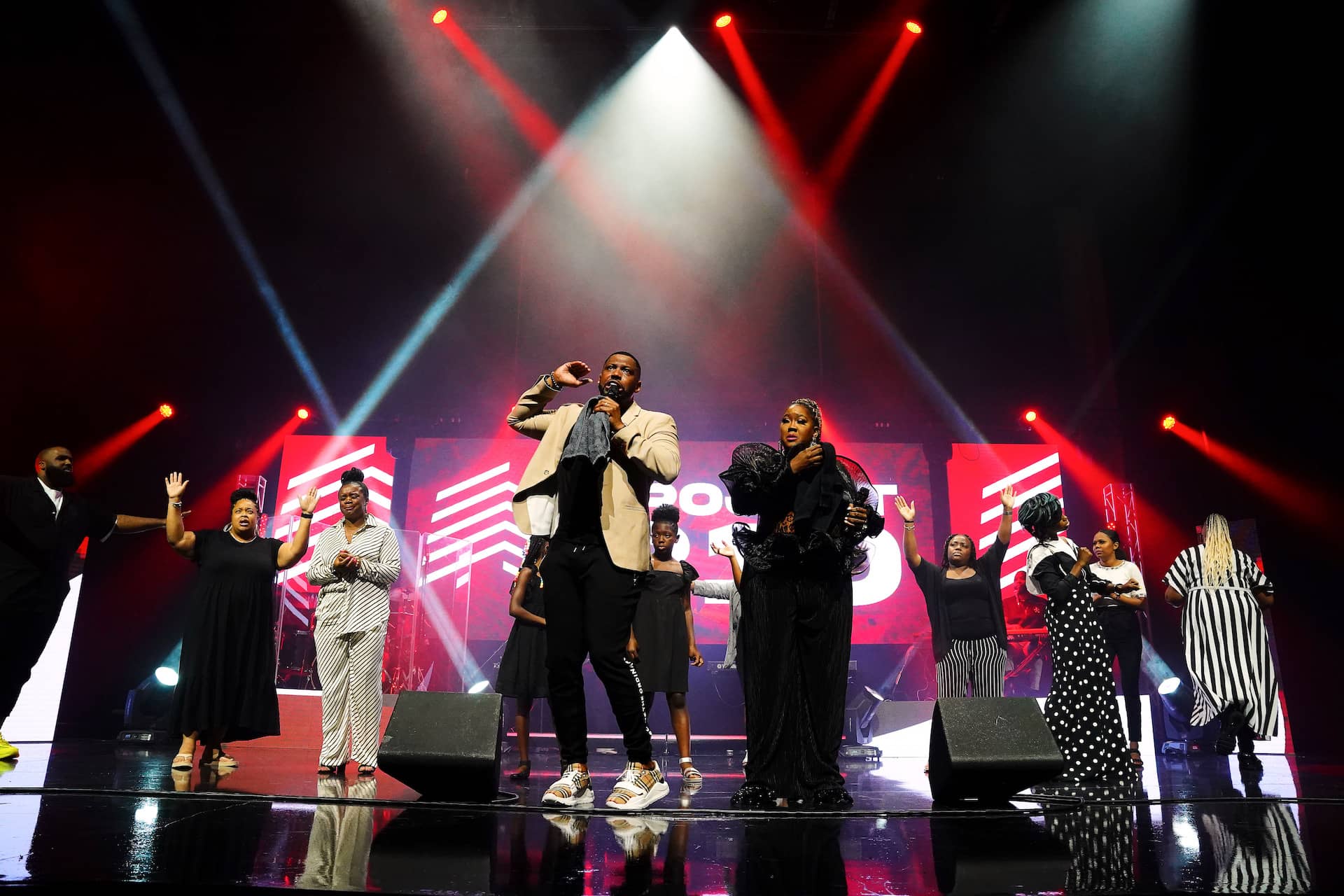 “It was clear that this wasn’t the end of their work in ministry, but only a new beginning that would emerge as Belong Church ATL.”And now, the story continues with you...

Belong Church originally began as the All Nations Worship Assembly of Atlanta in July 2016. What began as the first plant and extension of the All Nations Collective quickly turned into a fast growing church in the city of Atlanta. Between 2016-2020, the church made an anomalous impact through worship, the Word, and service  to the community. In November 2020, Pastor LaBryant + Phineka Friend made one of the hardest leadership decisions by heeding God’s instructions to separate from the All Nations Collective. In doing so, it was clear that this wasn’t the end of their work in ministry, but only a new beginning that would emerge as Belong Church ATL.

Understanding the need to pause and process rather than getting straight to the work of [re] launching a new church, Pastors opted for a 2 month forum (Healing Conversations) facilitated by mental health professionals and pastors that would be an intricate aid in helping partners and leaders healthily transition. By February 2021, we began a series of soft launch services—attracting an audience of viewers that were mostly abroad.

The simplicity of the name Belong comes from Pastor LaBryant’s tenure at Oral Roberts University. There, for the first time in his life he felt and sensed that he finally found a place where he belonged. What he saw was a sea of students - all from different backgrounds, experiences, cultural expressions, and demographics - looking towards the same Christ and cross. Unbeknownst to him, that vision would become the catalyst for Belong Church 15 years later. Ephesians 2: 16-22 (The Message Version) makes the backdrop of Belong Church extremely clear.

Today, we have over 1,000 partners—locally and globally. Our continued commitment is to build a community of believers that will be diverse in nature yet singular in heart. We exist to be a bridge for people to experience and belong to Christ in community.

The Bible is God’s Word to all people. It was written by human authors under the  supernatural guidance of the Holy Spirit. Because it was inspired by God, the Bible is truth without any mixture of error and is completely relevant to our daily lives.

God has existed in relationship with Himself for all eternity. He exists as one substance, in three persons: the Father, the Son and the Holy Spirit. Although each member of the Trinity serves different functions, they each possess equal power and authority.

God is great: He is all powerful, all knowing, ever present, unchanging, completely  worthy of our trust, and above all, holy. It is in Him that we live, move and exist. God is good: He is our Father. He is loving, compassionate, and faithful to His people and His promises.

Jesus Christ is completely human but, at the same time, completely God. The Holy  Spirit in the virgin, Mary, created Him. He is the only plan for bringing people who are far from God, back into a right relationship with God. He lived a perfect life, so that He could be a substitution for us in satisfying God’s demands for perfection. He defeated  death in His resurrection so that we could have life.

The Church is a local community of baptized believers unified through faith in Christ. It is committed to the teachings of Christ and obeying all of His commands, and it seeks to bring the Gospel to the World. The Church works together in love and unity, intent on the ultimate purpose of glorifying Christ.

Man is made in the image of God and is the supreme object of His creation. Man was  created to have fellowship with God but became separated in that relationship through sinful disobedience. As a result, man cannot attain a right relationship with God through his own effort. Every human personality is uniquely created, possesses dignity, and is worthy of respect and Christian love.

Man was created good and upright, but by voluntary transgression he fell into sin. His only hope of redemption is in Jesus Christ. Repentance is a commitment to turn away from sin in every area of our lives and to follow Christ. Through repentance we individually receive forgiveness of sins and appropriate  salvation.

The blood of Jesus Christ, shed on the cross, provides the only way of salvation through the forgiveness of sin. Salvation occurs when people place their faith in the death and resurrection of Christ as sufficient payment for their sin. Salvation is a gift given  through the grace of God, and it cannot be earned through our own efforts.

Prayer is our ability to communicate with God. Through Jesus’ salvation, we no longer need an intercessor to go between God and us; we can address Him directly. We believe that no monumental thing can be done without prayer preceding it and continuing through it.

Baptism is a symbolic act to publicly profess one’s salvation. God commands it, but our salvation is not reliant upon it. We practice full-immersion baptism, symbolizing the process of death and resurrection that Jesus went through for us.

Communion (The Lord’s Supper) is a unique time when the elements of bread and juice express, in a spiritual way, the body and blood of Christ. Communion is taken by believers in remembrance of Christ’s sacrifice on the cross.

We believe marriage is defined in the Bible as a covenant, a sacred bond between one man and one woman instituted by and publicly entered into before God.

The five-fold ministry positions of apostles, prophets, evangelists, pastors, and teachers are gifts given to each local church and the universal church. These gifts are for the equipping of believers to spread the gospel of Christ. We believe both men and women are sovereignly chosen by God for these ministry positions.

Jesus Christ will physically and visibly return to earth for the second time to establish  his authority on earth. This will occur at a time undisclosed by scripture. So, we live  everyday in expectation of Christ’s return.

Join us online or in-person this weekend.